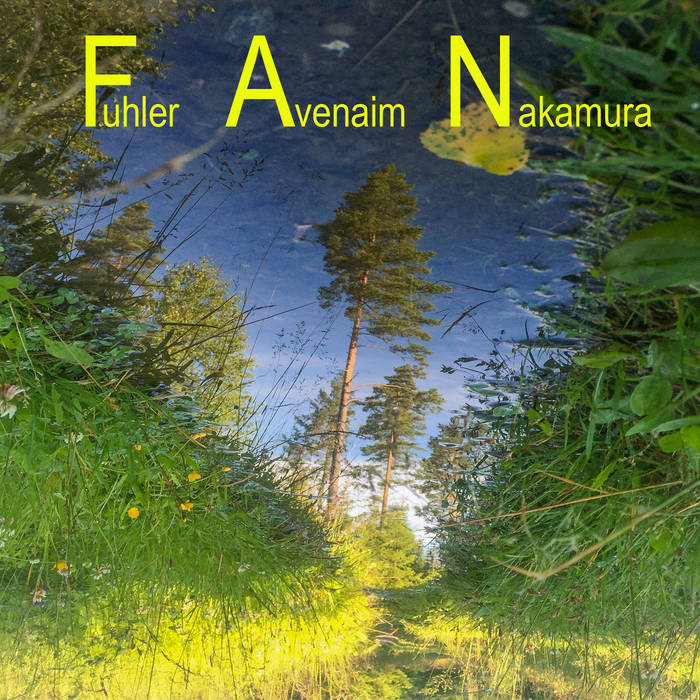 We at SoundOut are proud to bring you this exquisite recording of the brilliant trio FAN [Fuhler, Avenaim and Nakamura] recorded live at the SoundOut Festival in Canberra on the 29th January 2012.

Cor Fuhler is a Dutch/Australian active composer, multi instrumentalist, improviser, instrument builder, artist, inventor, educator and scholar whose practice is an interdisciplinary one crossing into installation, dance, puppetry, comic strip, music theatre and site-specific performance. His work has taken him on numerous tours around Europe, Canada, the USA, Indonesia, Japan, Brazil, Australia and New Zealand, and his recordings are released internationally. He was the director of the Corkestra, co-director of Doek-foundation, co-curator of the electronic music series ‘Kraakgeluiden’, chairman of the Improvising Musicians Union and board member of the Arts Council for Composition in the Netherlands. Cor is a conservatorium trained pianist, guitarist and experimental electronics player as well as a sound artist, and is renowned for his pioneering extended techniques inside the piano. His work has been shown in Muziekgebouw (Amsterdam 2005), Holland Festival (2003, 2006) the Stedelijk Museum Amsterdam (various 1990 - 2000), Gertrude Contemporary (Melbourne 2008), Qwartz (Paris 2009), Serpentine Gallery (London 2003), and more recently in Maitland Regional Art Gallery (2015), Tyalgum Music Festival (2016), Bundanon (2016), Carriageworks (Sydney 2016) and the NOWnow Festival (2016). see www.corfuhler.com

Robbie Avenaim is an innovative Australian drummer and sound artist with an international reputation for bold, sonic exploration. Focussed primarily on percussion and instrument building, his practice spans the domains of free improvisation and avant garde composition. For over 25 years, he has been at the forefront of the Australian experimental music scene both as a performer and a curator. He has developed a unique approach to percussive performance which draws from a range of traditions, utilising both extended and traditional techniques, and percussive automation. John Zorn, Oren Ambarchi, Jon Rose, Otomo Yoshihide and Keith Rowe are among those who are champions and collaborators. www.robbieavenaim.com/robbieavenaim.com/Home.html

Toshimaru Nakamura's instrument is the no-input mixing board, which describes a way of using a standard mixing board as an electronic music instrument, producing sound without any external audio input. The use of the mixing board in this manner is not only innovative in the the sounds it can create but, more importantly, in the approach this method of working with the mixer demands. The unpredictability of the instrument requires an attitude of obedience and resignation to the system and the sounds it produces, bringing a high level of indeterminacy and surprise to the music. Nakamura pioneered this approach to the use of the mixing board in the mid-1990's and has since then appeared on over one hundred audio publications, including nine solo CD's.He has performed throughout Europe, North America, Argentina, New Zealand, Australia, Korea, China, Singapore and Malaysia, performing and recording both as a soloist and in collaboration with numerous other musicians.He has recorded solo albums, worked as a session musician, and collaborated with artists including Sachiko M, Otomo Yoshihide, Keith Rowe, John Butcher, Nicholas Bussmann, Taku Sugimoto, Tetuzi Akiyama dancer Kim Ito, and drummer Jason Kahn. see www.japanimprov.com/tnakamura/

Thanks to Mats Eilertsen for the use of his brilliant photograph. www.matseilertsen.com

Copyright remains with the musicians recorded here and with SoundOut. SoundOut SO004